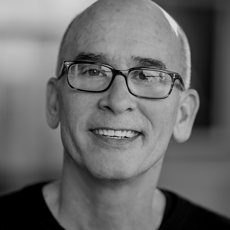 Kirk began his retail career at age 17 on the sales floor and worked his way up in HR for the most prominent department stores and specialty retailers of the time. He founded KPA with an initial focus to help leaders find the best merchants to grow their businesses.

Today, KPA is one of the largest and most respected executive search firms in the industry. Kirk’s philosophy – “Treat everyone with dignity and respect. Be nice. Speak the truth. Hire the best people who embody the values of your company. Don’t settle for less”.

A one-time rock drummer with hair past his shoulders, Kirk is a voracious fan of progressive rock and his office walls are lined with the album covers from the ’70s. In the past few years, his passion (and stalker tendencies of rock idol, Steven Wilson) have led him to executive produce two albums featuring Steven and members of his band: Jane Getter “Premonition” and Adam Holzman “Truth Decay” both available on iTunes or at the KPA Offices.  Kirk still thinks he is a cool guy with long hair (and we are not going to burst his bubble).

I AM FORTUNATE TO LEAD A TEAM OF FANTASTIC PEOPLE WHO GENUINELY AND PASSIONATELY CARE ABOUT DOING THE RIGHT THINGS AND THINGS RIGHT. THAT’S OUR KEY DIFFERENTIATOR.

Subscribe to our newsletter
Sign up to receive a concise daily summary of the latest retail and consumer experience news.
Thank you! We'll see you in your inbox.
Oops! Something went wrong while submitting the form.